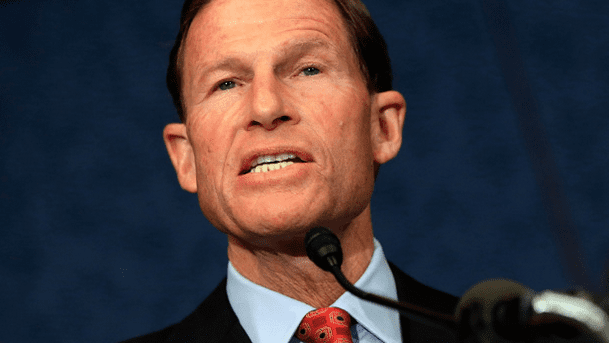 Connecticut's Stolen Valor and 'Nam-dodger Senator Richard Blumenthal today helped introduce a ban on standard capacity magazines. Despite the lack of evidence to support the claim that a reduction of standard magazine capacity reduces lethality, Blumenthal endorsed a low capacity mandate anyway. In addition to an absence of evidence, there is also an absence of any idea for enforcement. I could go into my garage right now and with basic shop knowledge create any size magazine capacity. Unless Blumenthal plans an addendum that restricts materials or CNCs and plasma cutters, it's unenforceable. The idea that someone could, I don't know, reload or carry more than one firearm (as butcher Adam Lanza did) escaped Blumenthal's notice. I can reload with a preloaded mag in less than a second. It's not hard.

That's the point, though—anti-Second Amendment advocates want such initial laws to be unenforceable unless another restriction is passed to make sense of the previous law. It's just a step towards deconstructing the Second Amendment.

Doesn't Blumenthal have something better to do anyway? Maybe trade war stories with Brian Williams?