Robert Mackey, Editor of NYT’s The Lede blog, wrote a pretty suggestive piece concerning Steven Crowder and the union fight. In his piece, Mackey implies that Crowder “selectively edited” his video in a way to hide some manner of complicity in his own attack.

What the extra footage reveals is the man who punched Mr. Crowder being knocked to the ground seconds before and then getting up and taking a swing at the comedian.

Mackey specifically chooses the words “being knocked to the ground” to describe Tony’s state and thus implies that Crowder did it—with zero proof, of course. Mackey has spent more time on Tony’s state than what is clearly seen on the video: a mob attack on Crowder.

Apparently Mackey has an inability to watch the videos, even the video which received the most attention, which has the answer. I’ve heard from some who were at the AFP tent that Tony tripped or lost his balance when he charged at Crowder swinging. Let’s look at it frame by frame.

Crowder is facing the AFP tent in this frame his back turned to the union protesters, including Tony.

Something is happening behind Crowder at this point as Crowder is now beginning to turn around to face the union protesters.

In this frame Crowder seems to be getting a look at what is happening behind him.

Union protesters are shouting and cheering as Steven is now turned sideways.

Steven has just now turned around in this frame and Tony is already on the ground getting up off the ground. The same picture with Tony circled for reference: 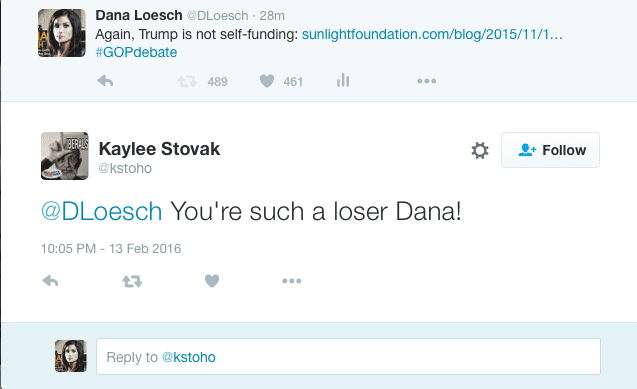 Tony is still moving to a standing position in these split seconds.

When Steven is all the way turned around his hands are clearly up:

The video continues here from this exact second.

*UPDATED: Mackey seemed to suggest that the O’Reilly footage showed Crowder knocking Union Tony down as he charged at him. Again, hands in air, defensive posture:

*UPDATE 2: Mackey began by suggesting that Crowder was responsible for pushing down Union Tony:

That seems pretty suggestive to me. Mackey is trying to move the goal posts and say that he was simply focusing on the edit but he omits why he thinks Crowder “edited.” Obviously, as Mackey’s own words suggest, it had to be because Crowder was somehow complicit in his own attack.

The full footage which aired on Fox? It was Crowder’s footage on Youtube, which served as a teaser for his appearance on Fox. So let’s end the claims that he didn’t release it or somehow kept it from viewers. The network for which he works would obviously get first dibs on showing the full video.

Oh, yes it is clear that is isn’t Crowder—and how would it be anyone by him? He was flanked by two cameramen, evident by the right and left angles of two different pieces of footage. Did they do it with such steady hands? And what does that have to do with Union Tony repeatedly punching Crowder in the face?

Mackey refused to answer my question on whether or not he’s tracked down Union Tony for comment. He has however, tried to reach the photog who took the now-infamous Union Tony vs Crowder shot.

Clint Tarver Speaks Out About Lansing Protests Which Damaged His Business

Before The Fight: Tony The Union Protester Tries To Pick A Fight

Everything About This Article Is Idiotic