A family of five who operates a bakery in Oregon was sued by a same sex couple for declining to bake them a wedding cake. Rachel and Laurel Bowman-Cryer sued Aaron and Melissa Klein of Sweet Cakes Bakery, forcing it to close its doors and won damages which will bankrupt the family. The Bowman-Cryers claimed they felt “mentally raped” in a list of 88 symptoms of emotional distress at being refused a cake:

The Civil Rights Division of the Oregon Bureau of Labor and Industries is responsible for enforcing the state’s public accommodation law, and the judge who issued today’s proposed order works for the bureau.

In order to reach $135,000, Rachel and Laurel submitted a long list of alleged physical, emotional and mental damages they claim to have experienced as a result of the Kleins’ unlawful conduct.

Because the family has already shuttered the business, the fines must be paid from them personally.

“[T]he forum concludes that $75,000 and $60,000, are appropriate awards to compensate [the same-sex couple] for the emotional suffering they experienced,” wrote Alan McCullough, administrative law judge for Oregon’s Bureau of Labor and Industries in his proposed order.

Goodbye to college and food, kids! These ladies must be paid for their “mental rape” over cake. 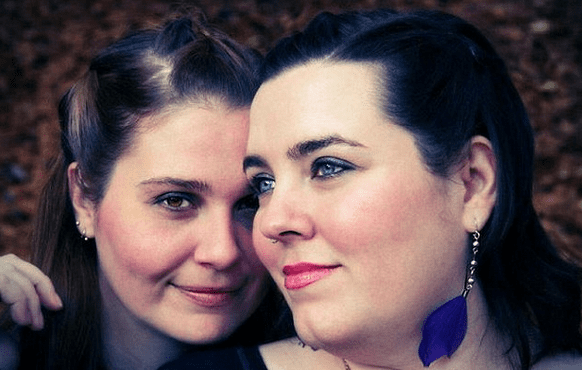 *GoFundMe has taken down the Sweet Cakes fundraiser (bakers can't refuse a cake, so GoFundMe shouldn't be allowed to refuse their service either, right?). Thankfully, Samaritan's Purse has stepped in to not only raise money for the bakery, but anyone suffering Christian persecution. DONATE HERE.

GoFundMe replied to this listener, who had his wedding cake made by Sweet Cakes:

I'm from the People's Republic of Oregon and have been following this case. I heard that there there was a GoFundMe campaign for the Kleins after the judge ruled against them to the tune of $135,000.00. I donated to the campaign and was following it all day until I got the message:

We're sorry, but the campaign URL you entered cannot be found.

I contacted the site to see what happened and I got this reply:

Thank you for writing to us about this campaign.

After careful review by our team, we have found the “Support Sweet Cakes By Melissa” campaign to be in violation of our Terms and Conditions and have removed this campaign. The money raised thus far will still be made available for withdrawal.

You may review copy of our Terms and Conditions here: https://www.gofundme.com/terms

It is alleged that Sweet Cakes's competitor had the fundraiser shut down. The competitor bragged on her Facebook page: 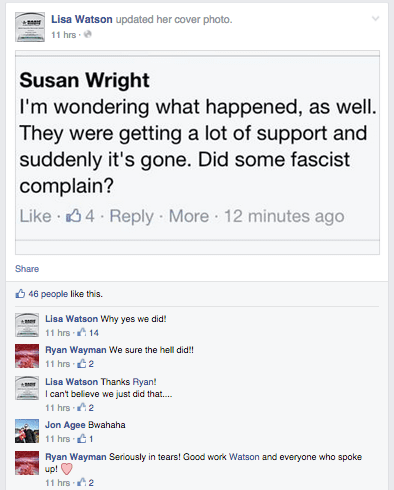