I think Amy Schumer is kinda funny, but not so funny that she's able to take her new, cousin-appointed advocacy assignment and make it humorous. Bluntly, this bit sucked. Not because I know they hate the Bill of Rights, but because it's even too much for an effect of reductio ad absurdum. You can tell that not a single person in the skit knew how to handle a firearm. I felt like Michael from “Arrested Development.”

“Have any of you ever even seen a chicken?”

Everyone in the SNL bit had their finger on the trigger, like so: 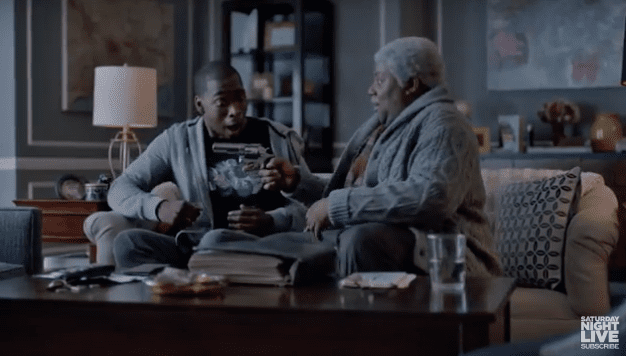 Check out how this stupid woman runs with her gun! It's so funny because all women are too stupid to manage firearms! So spot on! 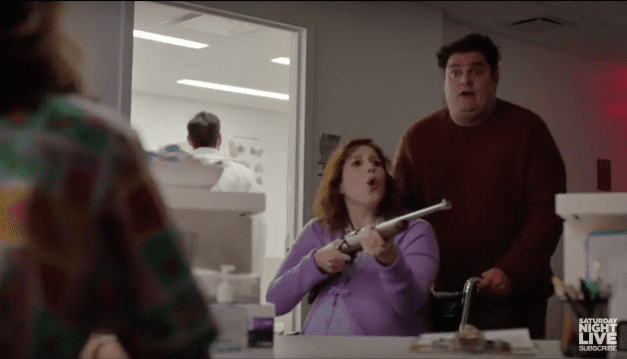 One of the actors even racked the slide by slapping the barrel opening back. 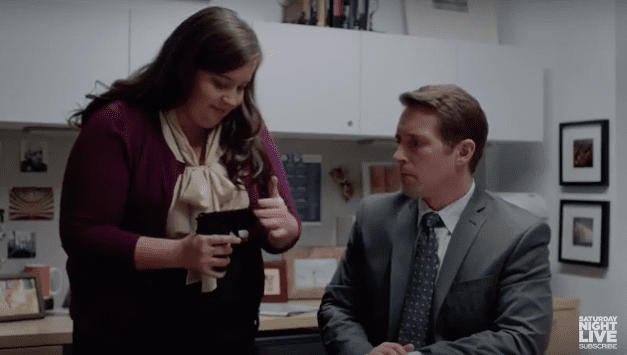 Geebus. It's like watching babies play with power outlets.

And don't you know, gun owners always give their kids guns and just hope they figure it out for themselves.

I get that SNL dipped deep into the vast reservoir of their firearm knowledge to create something so unpredictable. It backfired, though, no pun intended, as I and others are grateful they hate 2A so much because we can trust their uninformed prejudice to prevent them from becoming a statistic with irresponsible usage.