A group that describes itself as a “Marxist-Leninist-Maoist collective” posted the home address and phone number of McKinner officer Eric Casebolt online late Sunday night. Casebolt is the officer seen in this video arresting teens, taking one to the ground, and drawing his gun on others, who reportedly responded to public advertisement of an unauthorized party at a private community pool. (I've redacted the address.) 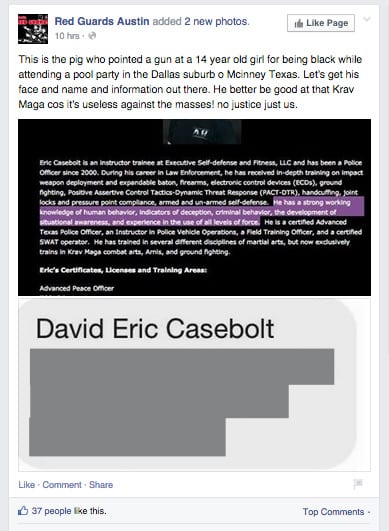 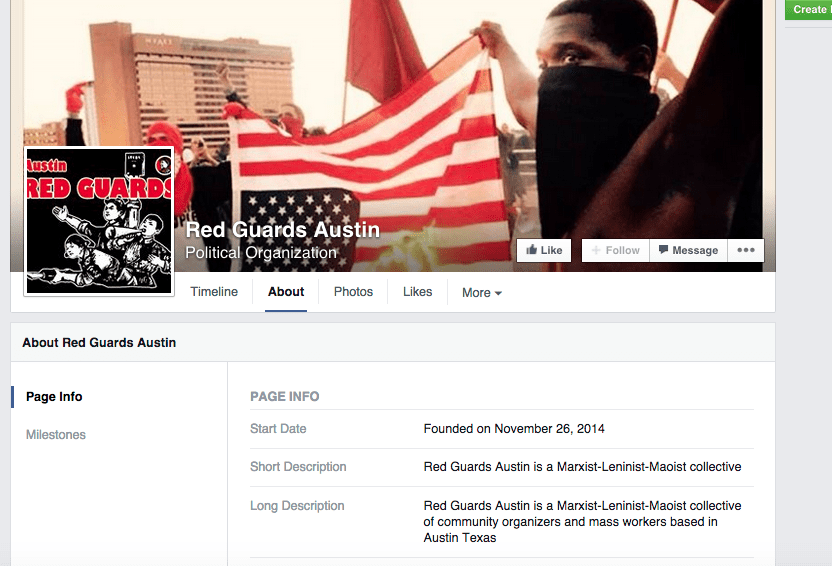 Casebolt has been suspended and an investigation is ongoing. The pool party was publicly advertised on Twitter (a DJ was even hired) without securing permission from the community that pays for, and manages, the pool. Residents reportedly called police after fights broke out and party-goers refused to leave.

A member of the community says this: