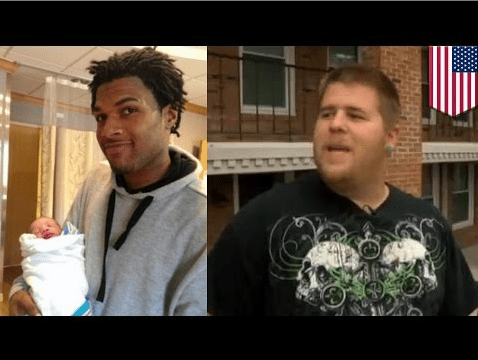 Ronald Ritchie called 9-1-1 and claimed that a young black man, John Crawford III, at Walmart was waving around a gun and pointing it at children. Police arrived and Crawford was shot dead. In the ensuing pandemonium immediately after, Angela Williams, mother of the children Ritchie claimed were under threat, died of a heart attack. Now newly released surveillance footage shows that Crawford was merely looking at his airsoft rifle, muzzle pointed to the floor, while talking on his cell phone in the pet food aisle as Ritchie made the false claims. Ritchie spoke with local media where he reiterated his story. Witnesses disputed Ritchie's story.

It seems like gun-ignorant Ritchie allowed prejudice to skew his perception of what was actually happening. Police said described it as a “prank call,” but that seems like a dangerous misinterpretation of what really occurred. Would two people still be dead had Ritchie not overreacted to an airsoft rifle that was clearly not an AR-15? Crawford, definitely. Williams? What about they children? They endured the tragedy of watching their mother die:

The children who Ritchie appeared to claim were under threat from Crawford were in the store with their mother, Angela Williams. Williams, 37, died of a heart attack in the panic that ensued among customers following the police shooting. “I hope that he’s happy with himself,” her teenage son said of Ritchie in a Facebook post earlier this month.

Perhaps Ritchie was coincidently doing what Mike Malloy called for many months ago. So are we to see more tragedies like this brought upon law-abiding Americans by those who seek to prevent the excercise of 2A rights or overreact due to ignorance?

I have an AR-15 and my youngest has a bb gun styled to look similar to an AR-15, but, to the educated, is quite different in appearance. Thank the anti-gun lobby for their insistence on labeling every rifle as an AR-15 for this continuation of ignorance.

*ADDENDUM: If it seems as though this is a sensitive subject for me, it is. I've had two friends who were swatted like this. It's a terrifying experience. This stuff gets people killed. How would you like it if someone saw you looking at a rifle at Walmart while considering a purchase and they swatted you? Perhaps there would be different conclusions. When you call in an active shooter situation, cops will respond as though it is *an active shooter situation*. There is protocol in place when this occurs. Ritchie is already walking back his story as the gravity of what occurred hits him, perhaps in a bid to absolve himself of responsibility. Don't call down the thunder and be shocked when it comes.

It's also not just about telling the difference between an bb gun and a semi-auto: people have the ability to differentiate between threatening and non-threatening behavior. Those who can't need to stay home. In the full surveillance footage, Crawford exhibited absolutely no threatening behavior, at all, period.

**ANOTHER QUESTION: Where is The Reverend Brigade for Crawford?